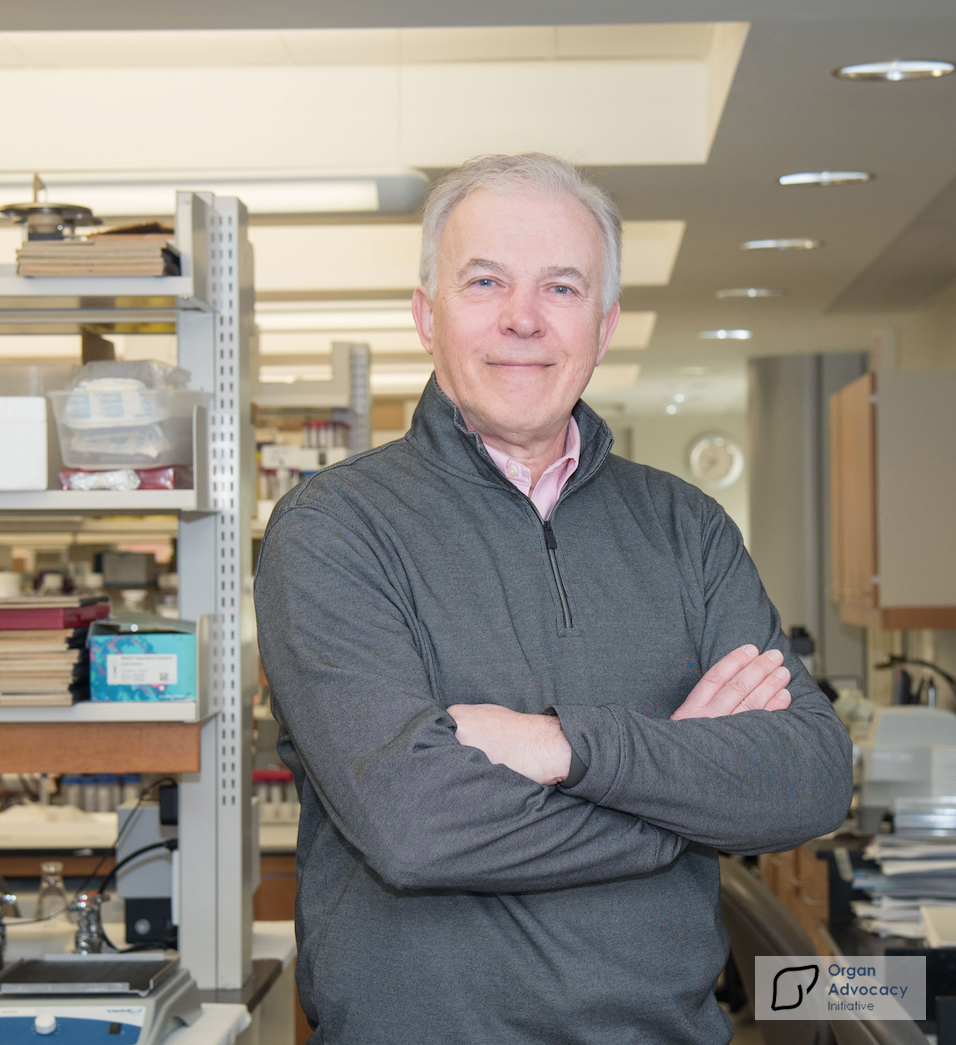 Dr. Anthony Jevnikar is the Co-Director of the Multi-Organ Transplant Program, Director and Founder of the Matthew Mailing Centre for Translational Transplant Studies at the London Health Sciences Centre. He is a transplant nephrologist and Professor in the Departments of Medicine, Microbiology and Immunology, and Surgery at the Schulich School of Medicine & Dentistry. We had the opportunity to speak with Dr. Jevnikar about the recent development in Nova Scotia about a presumed consent legislation for organ and tissue donation. We also had the chance to discuss his leadership in the field of transplantation.

In April 2019, the Nova Scotia legislature unanimously passed legislation that presumes consent for organ donation, becoming the first jurisdiction in North America to pass such legislation. Under the act, all adults over the age of 19 in Nova Scotia would be considered potential organ donors unless they opt out.

What is your opinion about Nova Scotia’s presumed consent law for organ donation?

Dr. Jevnikar: I think presumed consent has worked in Europe. They say it has increased organ donation by 35% – and I think it’s still consent if you’re choosing to opt out, as long as the public is educated about it. In the countries where there is presumed consent, the legislation follows societal interest. Spain has a law of presumed consent, and it’s not like the legislation changed peoples’ behaviour. People that live in Spain were prepared to donate and just had a very high deceased donor rate. So when they were asked about, a law seemed fine. They were perfectly okay with it.

In other countries which have tried presumed consent, it has backfired. Unless the attitudes change, I think, most would prefer not to have presumed consent and to have some say in their organ donation status. And so, the alternative is to register your wishes. There’s a site called beadonor.ca. You can register and consent to organ and tissue donation. The other way you can do it is just to talk about it with family. This is another way because even on beadonor.ca, you can register and be considered for organ donation, but your family can stop that wish. It’s not legal – your family legally can’t stop that – but nobody has actually contested that. Because, if you said, “I want to be a donor”, but your parents said, “Well, we don’t think so,” I don’t think anybody would use your organs for transplant – we wouldn’t want to make this a legal challenge.

So, where does Nova Scotia come into this conversation with presumed consent? Nova Scotia has, as a province, the highest donor registration rate of the nation of Canada. But, is it higher than London? No. Is London super presumed consent? No, and I think the danger is that if most feel that this is right, but some do not, the sense is that the government is saying “they own my body.” And no one owns your body except you. That’s the one thing. I would not want to live in a country where the government felt that they own my body. Right?

I don’t think that’s what the legislation in Nova Scotia is saying with opting out. But I think what they’re saying is that in most cases, Nova Scotians would rather do the altruistic thing and not deny someone the opportunity to live by using their organs.

How does London’s organ donor registration rate compare to other jurisdictions?

Dr. Jevnikar: London has a reasonable rate of registration. Our region goes from Windsor, up to Sault Sainte Marie over to Sudbury and down to Kitchener, Waterloo back to London – it’s a very big geographic area. We have the highest rate in Canada, arguably the highest rate in the world. Our donor rate is 60 per million. Do you know what it is in Spain, which everybody counts as the gold standard? About 35 to 40 per million.

How has organ transplantation changed since you started your career?

So, we’ve gone full circle. We’ve now come from that original definition of death, to the neurological definition of death and back to the cardiac definition of death. That’s different. We also do pancreas transplants, multi-organ transplants. We have gotten much better at immunosuppression, but it hasn’t eliminated rejection entirely. We are changing how we store, perfuse and maintain organs. People are now talking about rehabilitating and refurbishing organs, so that the organ that you get is better than the one that’s taken out of deceased donors. That’s our next step.

What inspired you to open the Matthew Mailing Centre for Translational Transplant Studies?

Dr. Jevnikar: It’s interesting. You know, there’s never a crisis without an opportunity. And when crisis hits you, you can either give up or you can look for an alternate way. And the crisis that occurred for us was that the space that we were given to pursue transplantation research was basically going to be taken away from us. And there’s lots of reasons for that because maybe the soupe du jour was something other than transplantation. Maybe we didn’t have a unified case. But we needed a space. The opportunity that I saw was that prior to the Matthew Mailing Centre, our basic research and transplantation was very fragmented. There was some at Western University, some in Robarts Research Institute, some on the eighth floor of University Hospital, some on the ninth floor here – it was all over the place. This was not very good for communication. The best time for idea formation and evolution is when you’re in a group, crowdsourcing ideas. And so, bringing people together was really important.

How would we do this? Well, we started raising money and talking to people. Conceptually, it wasn’t called the Matthew Mailing Centre. It was called CETTS, the Centre for Experimental and Translational Transplant Studies. I pitched to donors and said, “We want a place in which we would have everyone that came through think of the transplantation problem with the optic of solving the problem through basic research.”

CETTS grew in terms of funding. I got them to a certain level, and I needed help from the foundation at the hospital. The foundation at the hospital here was very useful. I had dinner with Dr. Bill Wall, a transplant surgeon in London who received an Order of Canada for being a pioneer in transplant in Canada, and Carol Mailing and Gary Mailing. Mr. and Mrs. Mailing had a son, Matthew, who had died after getting a heart transplant. The reason he died was because we didn’t have these ventricular assist devices. If you were waiting around for a heart, we had to find a heart in a hurry. If we didn’t find one that matched, then people would die. Matthew got a transplant, but he was so sick at the time – he was too sick, so he didn’t survive. Because Matthew actually talked about organ transplantation, about the importance of research, his parents didn’t want his death to kind of be without some meaning. They wanted to do something that would help people in the future.

They put in a sizeable amount of money. But what was more important was that it was a catalyst for everything else. I talked to the Mailing family, and said, you know, Matthew Mailing is quite a compelling story. I went to some of the other donors. Some of them are pharmaceutical companies and some are private donors. The pharmaceutical companies typically had naming opportunities to get their name out, but I told them the story about Matthew Mailing, and I said, “How would you feel if we called it the Matthew Mailing Centre?” And they just fell over. They said, “That was such a compelling story. We’re very happy to step aside.” So, right on, it started as a catalyst, even for the naming of the place.