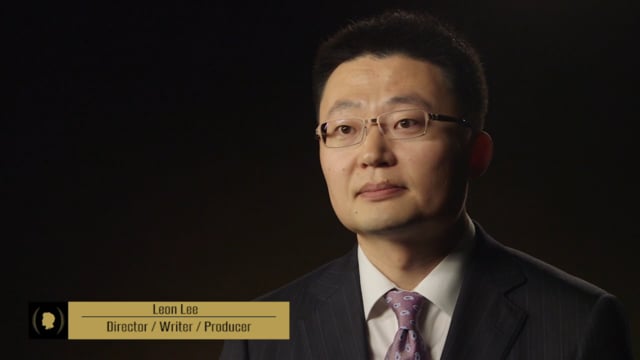 Leon Lee is a Canadian filmmaker and director of the 2014 documentary, Human Harvest. This film follows David Kilgour and David Matas, two Canadian Nobel Peace Prize nominees, throughout their investigation of forced organ harvesting occurring in state-run hospitals in China. Tens of thousands prisoners of conscience, the most frequent victims of this practice, have been killed. Prisoners of conscience are people who have been imprisoned because their religious or political views are condemned by their government. The award winning film, Human Harvest, has been a successful in bringing these crimes to light and inciting further action to be taken to put an end to this practice.

What was your inspiration for making the film, Human Harvest?

Leon: In 2006, I read about the allegations of forced organ harvesting in China and my reaction was one of complete disbelief. I had heard about harvesting organs from death row inmates in China, but this allegation was about harvesting organs — kidneys, heart, liver, cornea, and skin — from prisoners of conscience. I kept asking myself, what if it’s true? At that time, I had immigrated to Canada and the two pioneers in this investigation were both Canadians – David Matas and David Kilgour. So I had the opportunity to talk to them and follow their investigation. Very soon I realized the allegations were probably true, so I said to myself, many people might have the same reaction I did. It may be a good idea to make a film, so that all the viewers can become investigators and look at the evidence by themselves and draw their own conclusion. That’s why I decided to make Human Harvest. It took us 8 years to complete the film, mostly because it was extremely difficult to get patients who had been to China for organ transplant surgery and were willing to testify on camera.

That must have been quite difficult to get those people.

Leon: Right. Quite often, even after we set up the camera and lights, the patients would back off. So, fortunately, in the end we were able to get three cases in Taiwan, which enabled us to complete the film in 2014.

How were you able to find and convince those patients to come forward?

Leon: That was a very difficult process. I went to patient support groups where patients of organ transplant surgeries would often gather to support each other. I went to different meetings and talked to different people to gain their trust and explain to them why I do this. I think, in the end, the patients who agreed to appear on camera were also those who learned about possible sources of their organs, so they felt it was their obligation to do something about it, to tell their story. That’s why we were fortunate to have them in the film.

Thank you for sharing that. Can you tell us what the importance is of sharing this knowledge of illegal organ harvest with the public, and what the greatest impact is that you have seen so far by doing that?

Leon: Well, first of all I have to say that all the impact caused after the release of the film was not the sole effort of the film. There were so many organizations and people involved in this combined effort. But overall, we have seen legislation passed in several countries banning their own citizens from going to China for organ transplantation. We’ve seen US congress pass the house resolution 343. We’ve seen a committee in Canadian parliament also pass similar resolutions condemning China for organ transplant.

And this was all after the release of the film, as an aftermath of the film?

Leon: It was all after the release of the film and, as I mentioned, it was a combined effort of the film and the many, many other organizations. The European Union also passed legislation condemning China on the practice of forced organ harvesting. So we’ve seen some changes, but unfortunately, the practice is still going on today.

Do you think people will now be less encouraged to take part in forced organ harvesting after all this exposure from the film?

Leon: I would imagine it must have had an impact on them, but unfortunately, the practice is still going on to this day according to our information. They are still harvesting organs from prisoners of conscience in China.

So do you think that China has not officially taken steps against those practices?